Meet the experienced and friendly doctors and staff who make David A. Fullenkamp, O.D., P.C the leading provider of vision care products and services in Portland. 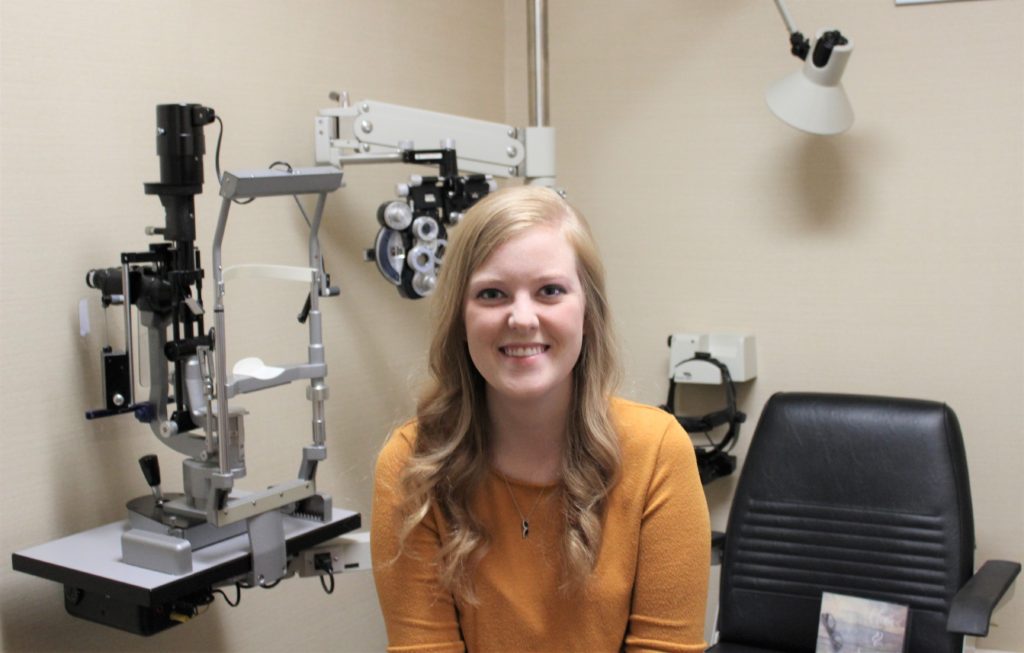 Dr. Abby (Broering) Small is a Portland native. She graduated from Jay County High School in 2013 and completed her undergraduate studies at Indiana University. She graduated from IU School of Optometry in 2020. Dr. Small trained at Atwater Eye Care Center in Bloomington, IN, Richard L. Roudebush VA Medical Center in Indianapolis, IN, Whitewater Eye Centers in Richmond, IN, and McPeak Vision Partners in Bowling Green, KY.

Dr. Small grew up on a dairy farm here in Portland, IN, owned by her parents Greg and Brenda Broering. She met her husband while at Indiana University, and they got married in 2018! Her favorite part about working here is getting to know each and every patient as a friend. 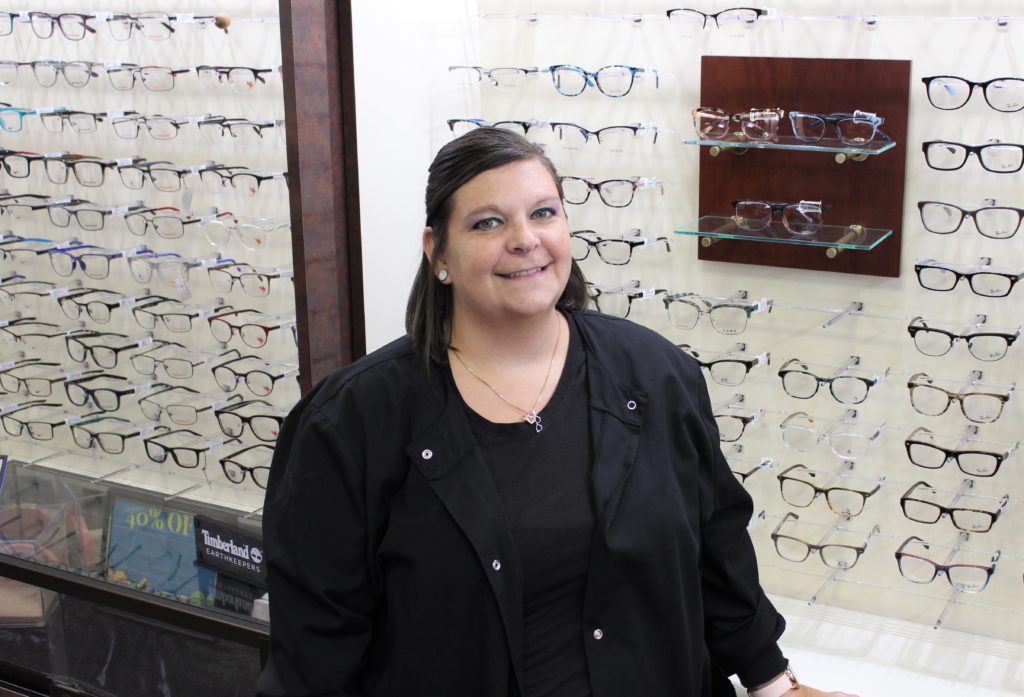 Ashley is our Practice Manager. She started in October of 2019! Ashley’s favorite thing about working here is meeting all of our patients.

A fun fact about Ashley: She started working in the optical field when she was a senior in high school in 2001!

Ashley is a 2002 graduate of Winchester High School. She has a son named Daidrick who plays football and wrestles for JCHS. Ashley and Daidrick enjoy being outside, riding horses, and playing sports! 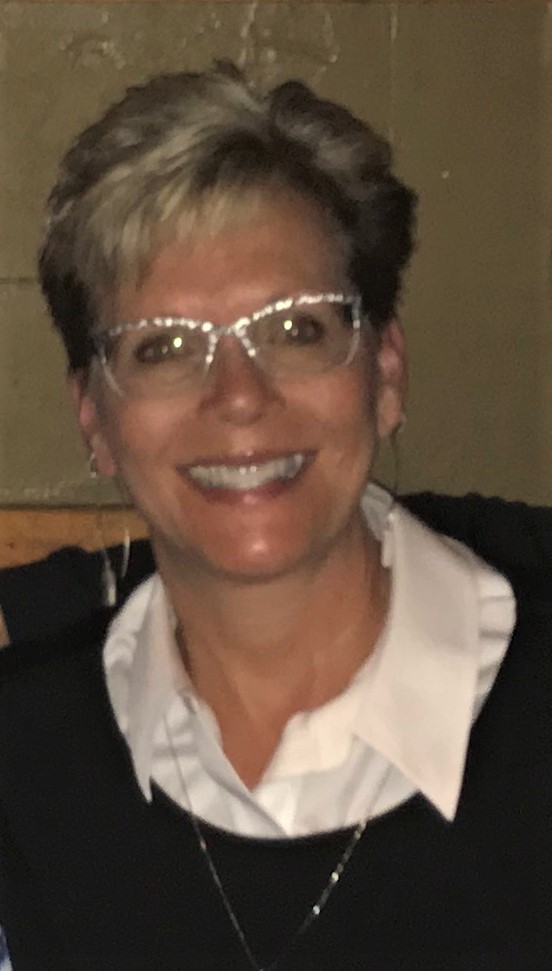 Robbin Fullenkamp was born in Temple, Texas, to Brian and Karen Shura. After several moves, they settled in Pennville, Indiana. Robbin is a 1981 graduate of Jay County High School, a 1982 graduate of Patricia Stevens Career College, and a 1985 graduate of Ball State University. Robbin married Dave Fullenkamp in August of 1985, and they have three children.

Robbin’s favorite things are: reading, cross stitching, junking, and spending as much time with friends, family, and her dog, Lucy, as possible. 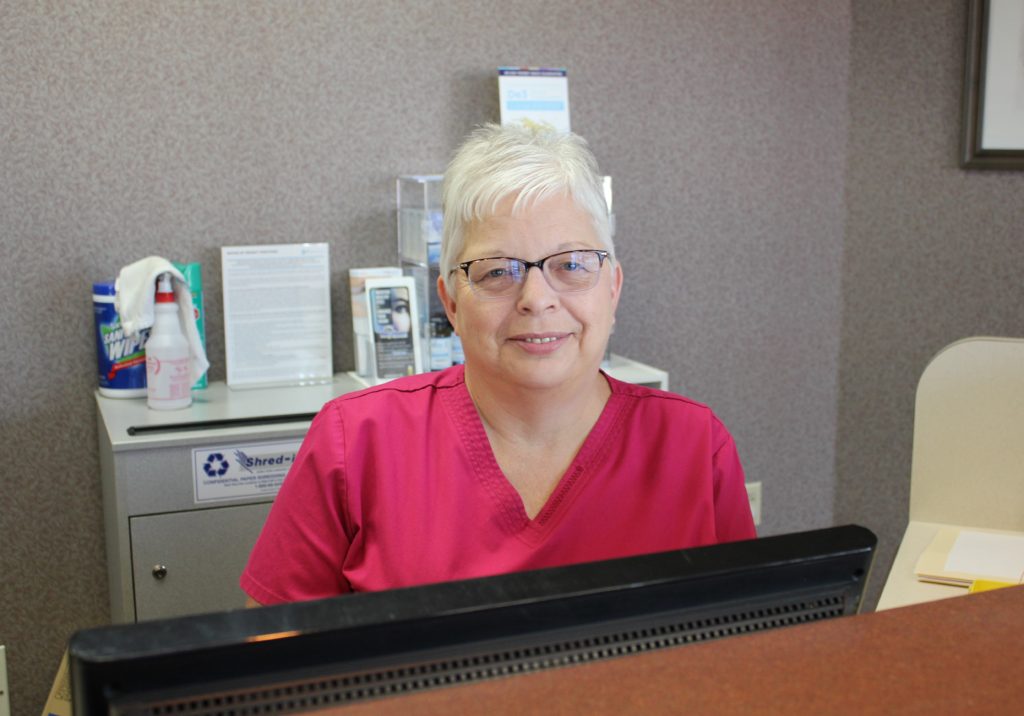 Sandy is a receptionist for our office and started in 2014! Sandy’s favorite thing about working here is working with the public and being around great coworkers and great doctors!
Fun fact about Sandy: She has a black belt in Taekwondo! She also loves animals!

Sandy has been married to her husband, Rich since 1985! They have two children, Nicole and Steven. They also have 2 lovable grand-dogs that they love to spoil, in addition to their own sweet little chihuahua named Peanut! 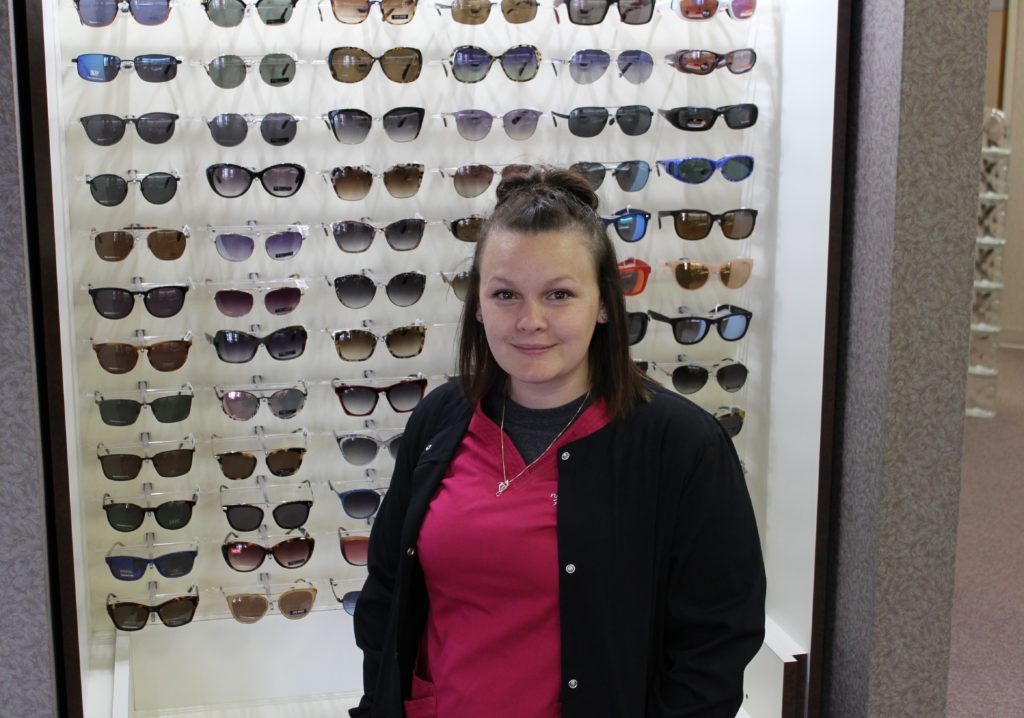 Kylee is an optician for our office, she joined the team in June of 2016. Kylee’s favorite part of working here is meeting new people and helping them pick out their perfect pair of glasses!

A fun fact about Kylee is that her grandma made her wedding dress!

Kylee married her husband, Travis in 2018. They have two children, Levi and Wesley. She is a 2010 graduate of Jay County High School. They also raise livestock on their farm in Ridgeville. 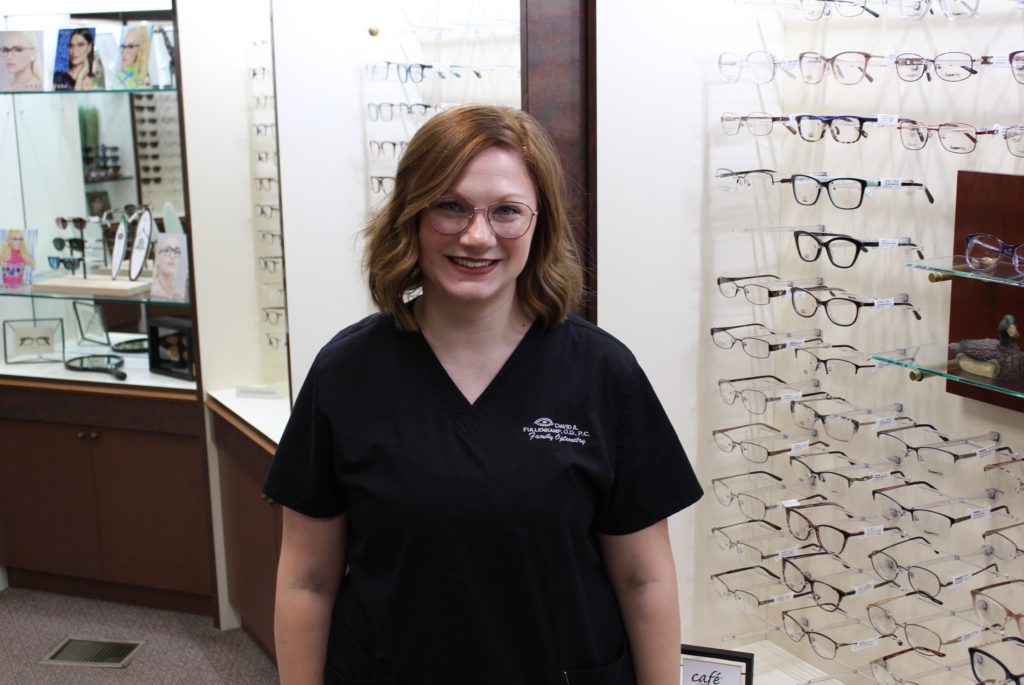 Abby is an optician for our office, and she rejoined the team in 2019. Abby’s favorite part of working here is seeing her coworkers and helping patients pick out the perfect pair of glasses!

Fun fact about Abby: She is also a veterinary technician, so she loves chatting about patient’s pets with them!

Abby is Dr. Fullenkamp’s middle child. She married her husband, Joe in 2018. They have two fur babies, Lotus and Ty. She and her little family moved back to Portland in 2019 to be closer to family and friends! 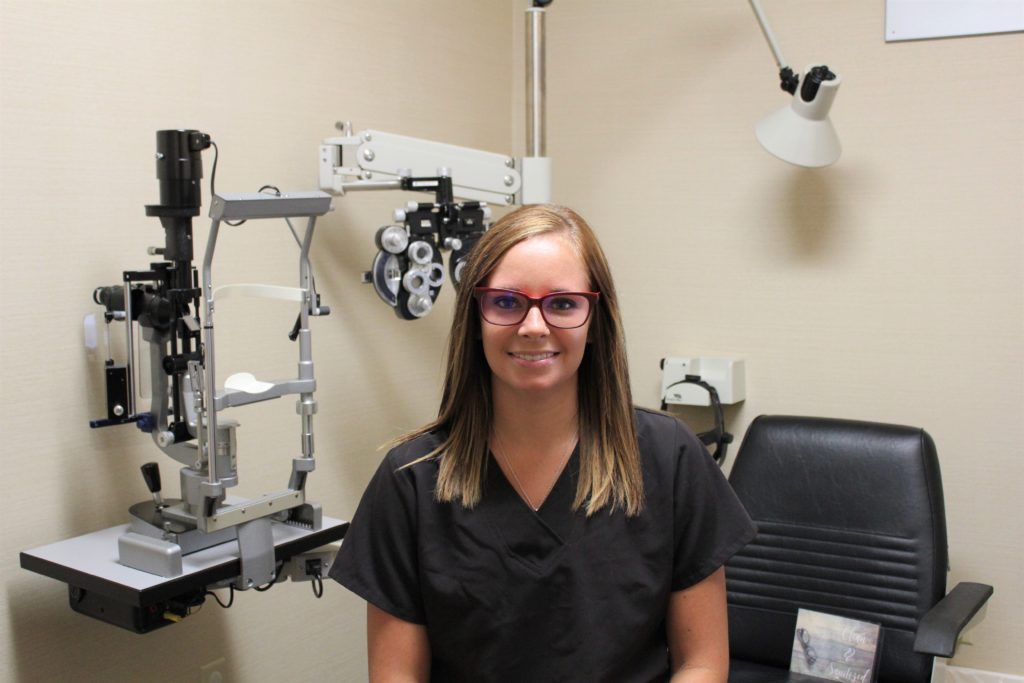 Lex is a technician for our office, and joined the team in 2020! Her favorite part of working here so far is meeting all of the new people.
Fun fact about Lex: She shares the same birthday as her son!

Lex was born and raised in Portland, and is a 2010 graduate of Jay County High School. She has two children, Kenzlea and Khoden. She and her children love to spend time outside and spending time with their family! 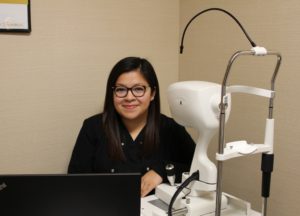 Favi is a technician here at the office. She started in the fall of 2020. Her favorite part about this job is working with our staff! Fun fact about Favi: She can speak English and Spanish!

Favi was born in Texas, but she was raised right here in Portland, IN. She graduated from JCHS in 2016. She has a beautiful daughter that was born in 2018! 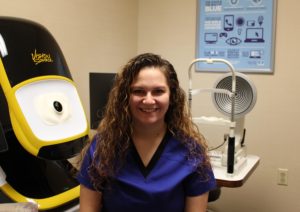 Katelynn is a technician at our office, and she joined our team in the fall of 2020. Her favorite part of work is that all of the staff here make you feel like family!

Fun fact about Katelynn: She got married in 2018 on the same day in September that she and her husband started dating back in 2015! Katelynn is married to her best friend, Jordan. Together, they had their daughter, Taylor, in 2019. She was born and raised in Winchester, IN, and she now resides in Ridgeville, IN!

You can schedule your next appointment with us online!